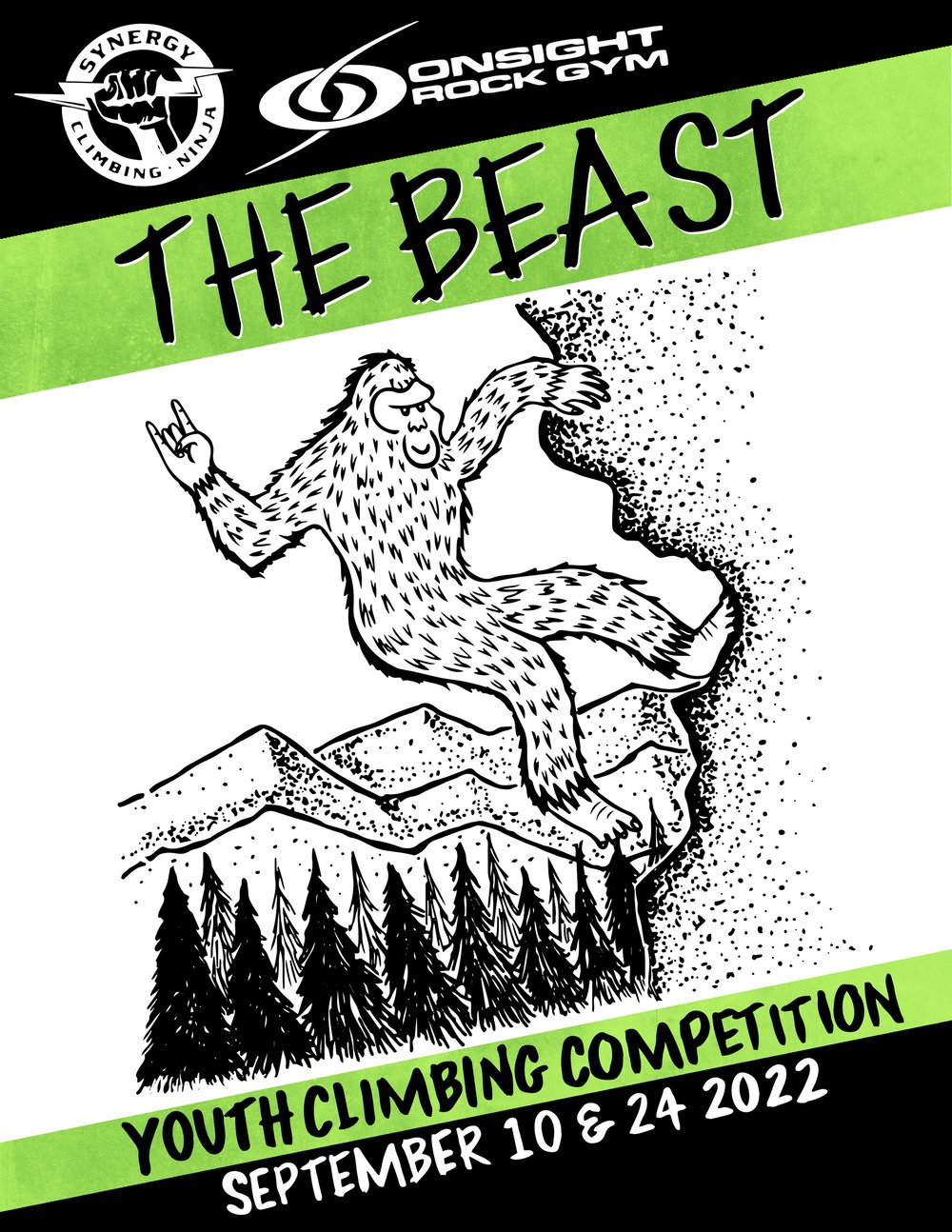 Compete with your peers in this inaugural two-part youth bouldering series! This will be a low-pressure competition intended to be fun for everyone who loves the sport of climbing. We’ll have dozens of climbs at each qualifying event for contestants to test their skills. Rack up total points from BOTH COMPS to qualify for the Finals Round at Synergy Climbing and a chance to win some amazing swag from our sponsor including CASH PRIZES! Hang out to watch the Finals Round if you don’t advance–it will be a fun party atmosphere to keep the stoke high for the finalists!

*Shirts only guaranteed for participants who sign up during the early registration period, after August 22nd shirts only available while supplies last*

TWO QUALIFIERS ROUNDS (Sept 10 at Onsight and Sept 24 at Synergy): Redpoint format. Competitors will be ranked by total points from top 10 scoring completed boulder problems at each event. Prizes are awarded at each qualifying event to the top three scoring males and females in each of the 6 age divisions.

FINALS ROUND: World Cup format. Top 6 scoring competitors from each of the two categories (Lil’ Beasts and Big Beasts) based on cumulative scores from EACH qualifier event move on to the Finals Round. Competitors are not REQUIRED to attend both qualifiers, but it is clearly an advantage in order to obtain a higher total score. Based on performance in the Finals Round, top 3 male and female Lil’ Beast and Big Beast will earn CASH PRIZES + other awesome swag from our sponsors!