Synergy Climbing has a world-renowned coaching program for all climbers, managed and coached by some of the world’s most experienced and successful climbing coaches. Our programs are headed up by Synergy founders Lisa Rands, a former world number one in competitive bouldering, and her husband, longtime coach and climber Wills Young.

Please call or text Wills Young with questions about our climbing club, team coaching program, or if interested in a climbing trip or other event: 760-920-5348 (cell).

We offer youth climbers an organized, but fun way to access a lifestyle sport that will engage them both mentally and physically for years to come. Participants will learn perseverance and resilience; improve their social skills, and receive the best climbing coaching possible!

With bouldering and sport climbing now Olympic sports (first included in the 2020 Tokyo Olympics), the opportunities for young competitive athletes is better than ever. Ultimately for those that have the interest and dedication, we focus our coaching toward competitions sanctioned by USA Climbing (the national governing body of competition climbing in the United States). Through USA Climbing, our athletes gain national ranking, with the potential to advance to the US Climbing Team and represent the USA at international events, or even the Olympics.

We are proud to be coaching two national champions and numerous Regional and Divisional Champions; one world champion. Climbing clubs are for those curious to try it out and our high instructor to student ratio will ensure all young climbers make fast progress!

5pm Fri: In addition to the 4-5pm time, we offer a later time-slot on Friday for those coming from further away!

To try out our After-School Club, book a class. (These youth classes coincide with our club sessions).

For those who are truly motivated to improve. Rates begin at $120 per month in addition to gym membership (membership options include individual or family, annual and monthly). Rates increase with more sessions per week. We coach Monday, Tuesday, Thursday and Friday from 5:00 p.m. to 7:30 p.m. As a result, team members may attend from one to four times per week based on interest and budget. Sessions include approximately 1/2 hour of stretching and conditioning.

One of the benefits to being a team member is the opportunity to join our Saturday trips at special team-member rates, which include the opportunity to climb outside under the supervision of instructors as well as to visit different gyms around the region. Team members are expected to represent the gym at competitive events. See more info below.

Competing with the Climbing Team:

The most dedicated competitors get coaching two to four times per week. We prepare team members for USA Climbing Regional Championships in sport climbing and bouldering. We require a commitment from team members through the end of the season, following the schedule of USA Climbing, which is the governing body of sport climbing in the United States (sanctioned by the International Olympic Committee). Team members will prepare for competitions from local to national in which they receive a national ranking.

Those who excel can take their skills all the way to the national team and on to international competitions. Ultimately, USA Climbing ranking will determine the members of the United States Olympic climbing team. We are proud to be Team Regional Champions and to have helped our team members earn multiple Regional, Divisional and National Championship gold medals.

Intended for competitive youth climbers of any age. Our aim is to provide variety and fun! Variety and fun are the keys to motivation. Motivation leads to hard work and hard work equals better performance. Participants will get advice, instruction, and direction, from world-famous climbing legend Lisa Rands and renowned climber Wills Young–two of the country’s best coaches! We will expose climbers to different styles of setting and a diverse range of holds and wall angles, and for our outdoor camps, we’ll get the kids outside to climb on the incredible range of climbs in the Chattanooga area.

Our training camps are open to all registered USA Climbing competitors who have attended Regionals. Attendees do not need to be members of a Synergy Climbing Team or Club.

Some camps labeled as Outdoor camps or sometimes Indoor/Outdoor are intended to provide an opportunity for climbers to get outside, weather-permitting, but we may also decide to climb some days indoors.

Participants will need to have accommodation locally. 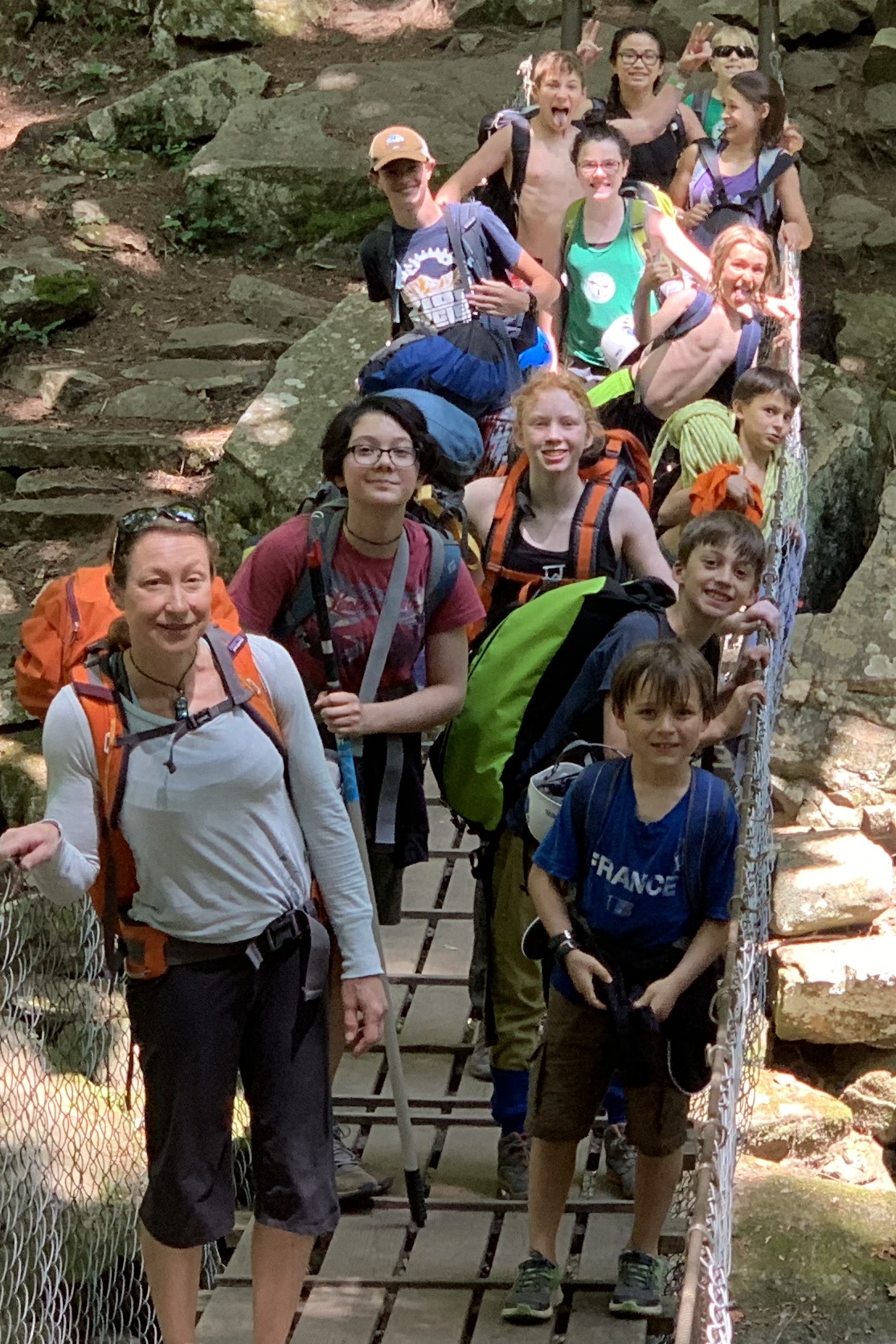 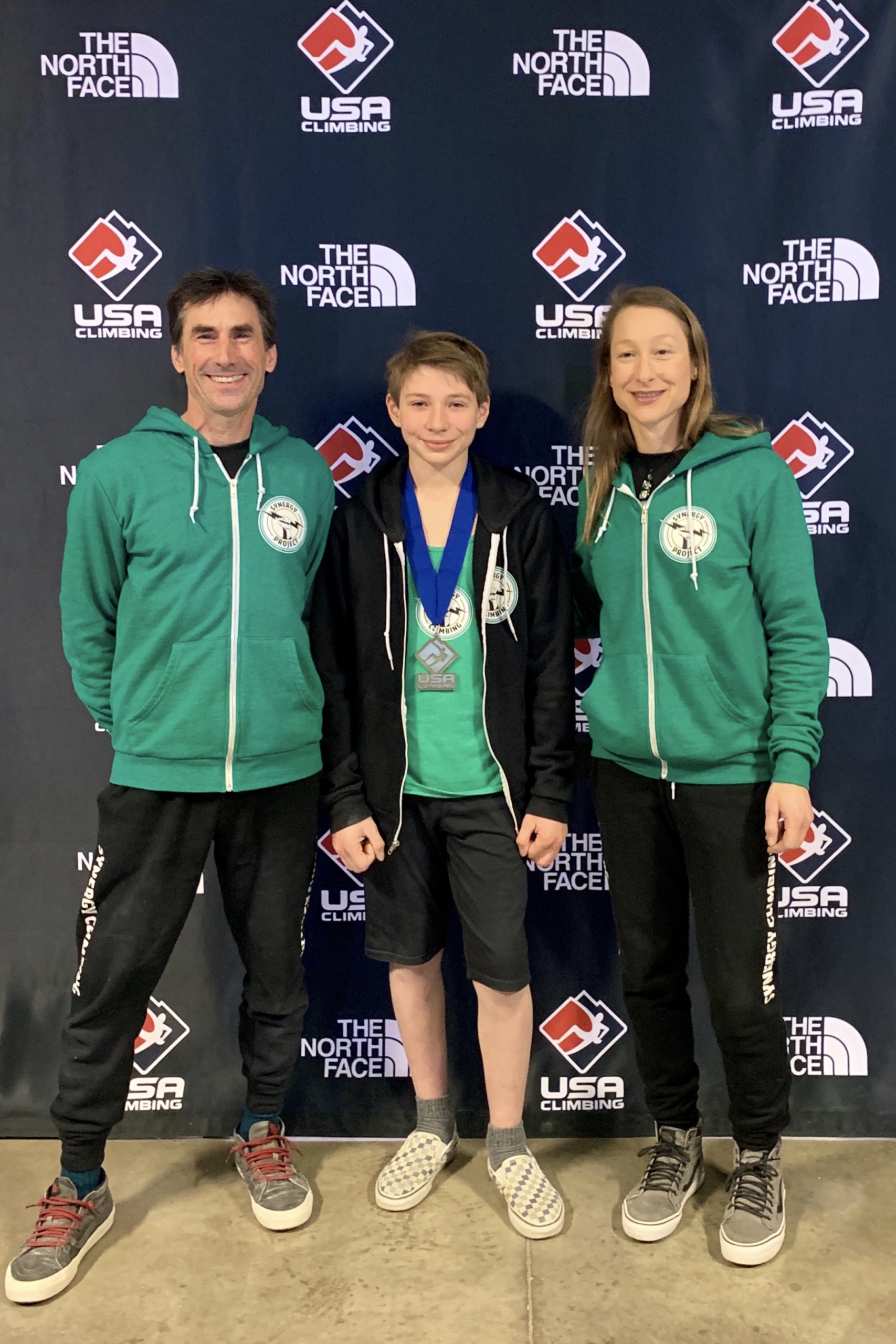 Community.
Overseen by some of the most experienced, and accomplished coaches in the country, our climbing team is so much more than just a coaching program. We also offer outdoor trips, training camps, indoor gym trips, and provide private coaching to those that want it.

Representation at USA Climbing competitions with team.
We will attend not less than two local events, plus all championship events including regional, divisional, and national. As coaches we will support our team members at the competitions, providing advice and encouragement. Our goal is to understand each participant well enough to both prepare them for, and to maximize their competition performance.

Saturday Trips.
Opportunity to join regular indoor or outdoor day-trips at the weekend with preferential seating and team-member pricing.

Climbing and training camps.
Multi-day training camps and indoor-outdoor multi-day climbing camps are discounted to team-members. And with first opportunity to take a place on the camps.

Invite to all team events.
We will do our best to ensure everyone comes to our team parties or other events.

Wills and Lisa bring a wealth of experience in coaching and instruction to Synergy Climbing. Contracted to set up all coaching and instructional programs for a large tourist-based climbing gym, they moved to Chattanooga from their mountain home in Bishop, California, and fast became essential members of the Chattanooga climbing community. Their presence in Chattanooga has been lauded by the area’s press, been noted by national magazines and the city’s promoters, and as instructors and coaches they have had a positive impact on countless families in the area.

The Synergy climbing team has earned an enviable reputation for exceptional results in competitions. At the same time, our head coaches encourage and promote a spirit of support and community within the team.

If you are interested in knowing more about our team, please call or text Wills Young at 760-920-5348 (cell). Coaching rates will depend on the number of training sessions per week and other options. 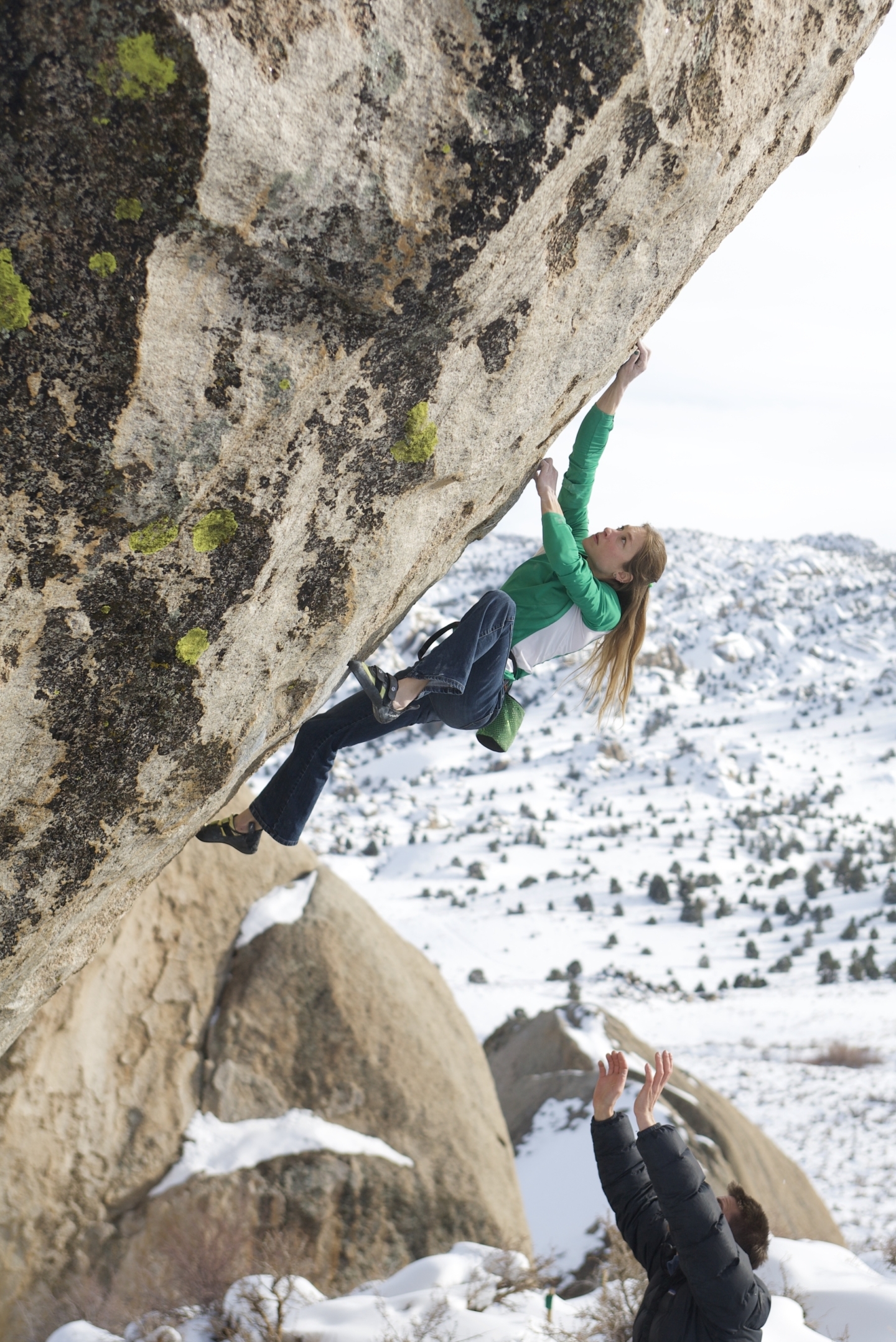 Fun times on the 50 with some smooth slopes and so

The 50-to-30 makes for some sustained and powerful

Excellent boulder for the kids with some creative

Need to hone your “mantel” skills? We have a f

Such a great slab balance test!

Love the movement on this! Everyone should do this

Nice stretch and a little bit of core to finish!

Steady …! Balance and patience required on this

So many great boulders for the kids right now! Cl

Such a fun dynamic on the right slab!

A crafty “bicycle” solves a tough sequence at

Nice spin finish for the match

What others have said about our coaching program…

Thank you for all you and Lisa do!  We love you guys!

We REALLY appreciate you and Lisa. Not just for how y’all have coached our girls, and helped them all fall in love with climbing… but also for how each of y’all model a humble confidence and pour into a next generation.

Lisa and Wills have created a team that has become a strong support system and family of friends. Our daughter has developed a healthy love for fitness and climbing that I know will stay with her for the rest of her life.

We are grateful for the positive attitudes, encouragement and great care you show and have shown to all our kids!  You have created something magical in this team and group of families-   Thank you.

We love you all and appreciate your time and dedication more than you can imagine.

My gratitude to Wills and Lisa for their guidance and instruction throughout Luke’s climbing experience knows no bounds.

This has been the best team-building experience for my boys. Following the lead of their coaches, all the team members have been extremely positive and encouraging throughout.

We are incredibly fortunate to have two world class coaches here in Chattanooga.

You two have created an amazing group of strong climbers…! Plus, your climbers are growing into great additions to the climbing community. We value your ability to balance both worlds.

We are thrilled that our daughter is joining the team on some weekend trips! We can’t thank you and Lisa enough for all you do!!

Youth Nationals 2018 was quite an experience. Henry earned 7th place in sport climbing. We can’t thank our coaches Wills Young and Lisa Rands enough for their world-class coaching and commitment to Henry’s training.